I really can’t believe it’s already time for another favorites post. And on a beautifully revamped website no less, thanks to Crystal! I know I said November felt like a whirlwind but sheesh, where did December go?

I’ve really been feeling the post-Christmas, cold as hell, back to reality blues this week, but that doesn’t change the fact that December was jam packed with favorites. Let’s get into it!

What Do You Meme? Have you guys heard of this game? F*ckjerry made it, and the verdict is in: it’s hysterical. I grabbed it for one of my best friends for Christmas, but I also received it for Christmas. I’d say it’s (only slightly) tamer than Cards Against Humanity, but the concept is really similar. I wouldn’t go playing this with your grandma or the kids you babysit, but if you’re looking to laugh, this does not disappoint.

My Favorite Murder Don’t think I’m a psychopath just yet, this is actually a podcast. I was late to the game on this podcast, but I love that because I basically had 100 episodes to catch up on. I flew threw them; it’s that good. Georgia and Karen (and Steven, let’s be real) have a cozy, comedic, best friend dynamic. Join them as they each detail an infamous murder in every episode, with frequent (and hilarious) interruptions, tangents, and the occasional meow here and there. Also, their motto is one we should all be living by, “Stay sexy. Don’t get murdered.” 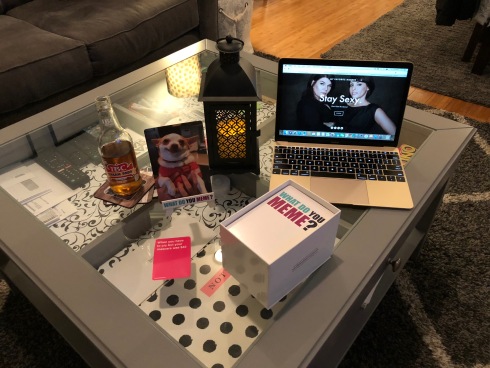 Laura Lee Hi, I’m Leigh Ann and I’m addicted to Youtube. I think most everyone I know thinks it’s really silly that I just like to watch people put on makeup, but holy crap do I find it like the most calming thing ever that doesn’t really cost me a penny and is super accessible. I was happy to stumble upon Laura because not only is she a makeup wizard, she’s also adorably southern, and really funny. I like to think if I ever got the guts to start a channel, (it ain’t happenin’) it would be a lot like hers. She’s just unabashedly herself, and because she is, I kind of feel like I know her. If you’re also into the whole Youtube makeup scene, don’t miss out on Laura.

Just The Beginning– Grace VanderWaal How many times did I cry while watching Grace’s America’s Got Talent audition in 2017? Hard to say. Definitely more than your average person. My husband is like super intuitive and thoughtful and always gets me the greatest gifts for Christmas, (and birthdays, and Wednesdays) occasionally ones I didn’t even know I wanted. He threw this CD in my stocking for Christmas and I probably listened to it six times through traveling to and from WV last weekend. You would not believe that these words and this voice belong to a 13 year old. This album is stunning, every track. 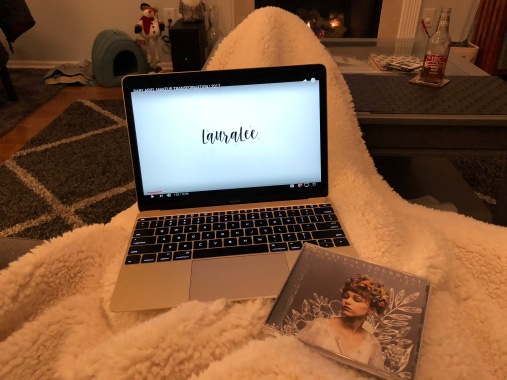 The Body Shop Drops of Youth Liquid Peel Can you tell that I’m newly obsessed with The Body Shop? I was talked into this product in early December, and I’m not exactly sure how my face survived before it. I’ve never really bought into the whole peel thing, but I use this a couple times a week, all over my face, and I actually get compliments on my skin. It’s as close to magic as I’ve come by for my dry, flaky skin this winter.

Yes to Coconut Micellar Water It occurred me recently that I don’t think I’m getting all of my makeup off before bed, so I’ve been using this in combination with the Yes to Cucumbers Wipes and Proactiv + to get the day’s grime off. It smells nice, has a cool dispenser, and doesn’t irritate my skin at all. 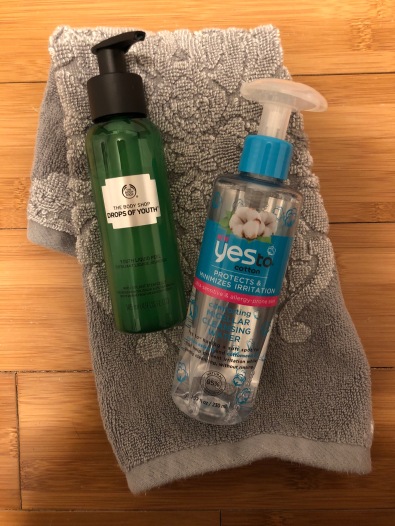 **This Magic Moment** December was full of magic moments but I can narrow it down to three. Harry Potter World with my husband and mother in law was very literally magical. Truly a day I’ll remember forever. Secondly, my dad drove up for the Christmas weekend, and late on Christmas Eve, with the snow really coming down, dad, Kyle, and myself bundled up and went for a long walk in a neighboring subdivision to admire Christmas lights! And finally, when I visited home last weekend, there was live (acoustic <3) music by my favorite, A Story Told, Friendmas with my best friends, (heart so full, seriously) and getting to spend quality time with my mom and dad.

Here’s to hoping January is just as full of favorites!

P.S. Recap of my fun weekend here, from my favorite vlogger.

One thought on “December Favorites”

@kgswim, you’re the cutest. Happy Valentine’s Day! 💕 📷: @brocandalexaphotography
Fell off the face of the earth for a second because this season of life is kicking my ass, but in honor of LJ and PK 2 finally streaming, I’m back!!!! #toalltheboysivelovedbefore #psistillloveyou #waybackwednesday
Happy 2020!! Resolutions are up on my blog. Soaked up the last bit of Christmas at home with my people and missing it like crazy already! What are you tackling in 2020?
and may all your Christmases be warm and sunny, apparently 😊🎄❤️. Thanks for all the #blogmas love this year! Wishing joy to you and yours!