Hey guys! It’s been a minute, but I wanted to jump in a few days early and get into some July favorites. July was pretty chaotic, some good, some bad, and would you believe that I’m already daydreaming about fall after complaining about cold weather for months? Trying not to get ahead of myself and enjoy what’s left of the warm months!

First things first, The Bold Type. Per the usual, I have apparently been living under a rock when it comes to new shows, but I knocked the first season of this out on Hulu in 48 hours and I. Am. Hooked. This show follows the lives of three 20-something girls working for a magazine (think Cosmo) in New York City, navigating careers, love, sexuality, and friendship. It’s a sugary spin on what I would describe as an adulthood coming of age (if that makes sense?), and it’s cinematically reminiscent of my own job in so many ways, so I find it wildly relatable. Catch the first season on Hulu, and new episodes are Tuesdays at 8pm EST on Freeform.

Amy Schumer’s The Girl with the Lower Back Tattoo. Last week, I spent a significant amount of time hanging out in an ICU room (maybe more on that later, haven’t decided yet, but all is mostly well!). After many hours of listening to beeps and drips and the occasional calamity out in the hall, I decided to get Amy’s book for Kindle to read on my phone (because I am a germaphobe and couldn’t fathom taking HP into the hospital and then reading it in my bed later. EW!). Full disclosure: I don’t have a lot of feelings about Amy. I feel like she’s got people on two extremes of the spectrum: love her or hate her. I just like her, and this book is much like you would expect, comical and candid takes on her life, and so far I’m really enjoying it. It’s so nice to know that no one really has it all together.

Van’s Gluten Free, Dairy Free, Egg Free Waffles. As you guys may know, I’m on a journey to better gut health. Or like, less gut pain. Or like, desperately trying to eat food and not be ill immediately following. I’m also a die-hard breakfast fan, but with very little time. Enter these waffles. I had to swap my Eggo waffles for these, and I have not been disappointed. Most GF and DF alternatives have questionable texture and taste and fortunately, these just taste like waffles. I throw some peanut butter on one every morning, and if I’m feeling like my stomach is going to be a nuisance for the day, I’ll add half a banana too!

Ipsy. Yeah, yeah, I’m late to the party, but I’ve been really enjoying Ipsy. Ipsy is a subscription service that sends you five beauty products a month, customized to you based on a beauty profile you fill out. Some of my favorite Youtube videos to watch are Ipsy reviews and Ipsy vs. Birchbox (shout out to eleventhgorgeous, I LOVE you). My friend sent me her code for my first bag and I am hooked now! For ten dollars a month, it’s like a small dose of Christmas, and it really aids the try-before-you-buy mentality I’m trying to live by. If you love makeup and skincare and have an extra ten bucks to spend a month, I highly recommend you try Ipsy. Also, would you guys like for me to do reviews on mine?

Finally, Hanson String Theory. I’m maybe showing my age here a little bit, but I am a ride or die Hanson fan, and have been since I was SIX years old. Those three gorgeous boys have harmonized me through every relationship, friendship, heartbreak, triumph, and breakdown of basically my entire life, and it was truly on my bucket list to see them live. I’m thrilled that Columbus was the first show on this tour, and honestly to be able to see them live in such a unique format with the orchestra is something I will never forget. I literally cried when they played MmmBop, and that is what being a Fanson is all about. 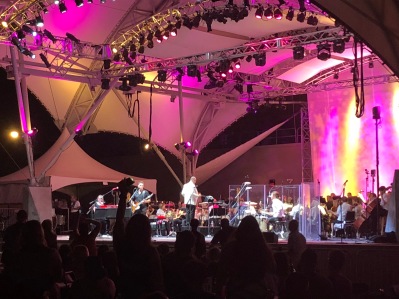 **This Magic Moment** Guys, I’m sure you’ve seen this all over my instagram, but Taylor. Swift. Reputation. Tour. Could not have been more magical! All of my friends were in one place. The weather was perfect. Taylor is perfect. It is actually wild to see one teeny tiny person entertain 100,000 people, often on a stage by herself. Mind blowing. Old friends, new friends, and even the Debbie Downer person beside me made this the experience of a lifetime. I’ll be loving it for quite some time, time, time. 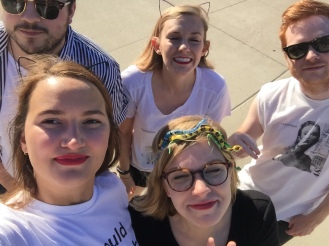 xoxo Jane Sloan (see what I did there?)

@kgswim, you’re the cutest. Happy Valentine’s Day! 💕 📷: @brocandalexaphotography
Fell off the face of the earth for a second because this season of life is kicking my ass, but in honor of LJ and PK 2 finally streaming, I’m back!!!! #toalltheboysivelovedbefore #psistillloveyou #waybackwednesday
Happy 2020!! Resolutions are up on my blog. Soaked up the last bit of Christmas at home with my people and missing it like crazy already! What are you tackling in 2020?
and may all your Christmases be warm and sunny, apparently 😊🎄❤️. Thanks for all the #blogmas love this year! Wishing joy to you and yours!